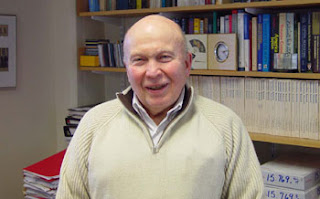 The Allen curve was discovered by Massachusetts Institute of Technology Professor Thomas J. Allen in the late 1970s. It represents the likelihood that any two people in the same office will communicate. For example, a person is 10 times more likely to communicate with a colleague who sits at a neighbouring desk than with someone whop sits more than 50 metres away.

Related research has discovered that the highest performing employees – those with the most useful new ideas – were the ones who consistently engaged in the most interactions. “High performers consulted with anywhere from 4 to 9 organisational colleagues (on a given project), whereas low performers contacted 1 or 2 colleagues at most".

Increasing the number of colleagues with whom an employee consults contributes independently to performance; people have more new ideas when they talk with more people. In another study, the best traders were the most connected, and people who carried on more Instant Messaging conversations and sent more messages also made more money (typical traders generated profits on 55% of their trades, those who were extremely plugged in profited on more than 70% of their stock trades).

Find out more here
Posted by Peter Webb at 8:01 PM