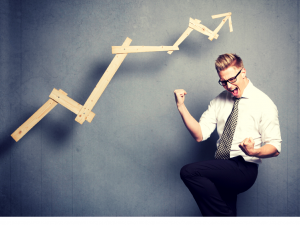 Every human performance is a combination of skill, and that of outside forces – unpredictable events, uncontrollable conditions, random noise – in short, luck. And luck plays a role, sometimes more sometimes less, in every human endeavour.

The clearest example of this comes from a high-stakes area that rewards success in billions of dollars - investing in equities. Mutual funds comprising thousands of stocks are managed by very smart and savvy individuals who use a variety of methods to buy and sell. Real success is not just measured by how the fund increased in value, but in beating the market - doing better than the overall market did. Funds that outperform the market get rewarded. Investors gravitate towards them because they see success as a reflection of great knowledge and skill, and successful fund managers are equally rewarded by their investment firms with extravagant bonuses.

The problem is, even such performance shows no skill at all. It only provides the illusion of wise actions. University of Chicago economist Eugene Fama demonstrated decades ago that it is impossible to beat the market. The unpredictability of individual stocks is inevitable and therefore trying to pick individual stocks is futile.

Though Fama was awarded the Nobel prize for his discoveries on the nature of the stock market, this has not prevented a huge investment industry from claiming credit when luck strikes and from taking rewards as if the performance genuinely reflects deep wisdom.

Mistaking luck for skill when investing in stocks is an extreme case because no skill could be involved. It shows that when we know the outcome, it is very difficult for us to not infer skill as the root cause. Given that for most other things, performance is actually a mixture of luck and skill, what Jonathan Baron and John Hershey call “outcome bias” is very common.

Baron and Hershey asked people to evaluate decisions after they learned their outcome. A surgeon decides to operate using a risky procedure. Is that a wise decision? The answer should not depend on whether or not the operation succeeded, but it very much does. People evaluated the quality of the surgeon’s decision more negatively if they later learned that the patient died than if he lived. Francesca Gino, Dan Moore and Max Bazerman show that the same is true for ethics. People are just as outcome biased when they evaluate how ethical an action is.

The good news is that we constantly learn from our experiences. Making many decisions every day gives us a large data set to build on over the years. The bad news is that because of the outcome bias we often learn the wrong things. You might follow the advice of a friend to invest in a very risky business, get lucky and make a windfall. This happy outcome would blind you to the folly of risking too much and you might be more willing to listen to that friend in the future.

It is even worse when a good decision has a bad outcome. Rebecca Ratner and Kenneth Herbst show that such unlucky events cause people to make worse decisions in the future.